The dust hadn’t yet begun to settle from the Department of Energy Solar Decathlon 2007, and Amy Gardner, LEAFHouse architecture faculty advisor, was hoping to return to her old routine. One of the things that could no longer be ignored (besides a good night sleep) was her e-mail, which was reaching capacity. Soon she realized why. 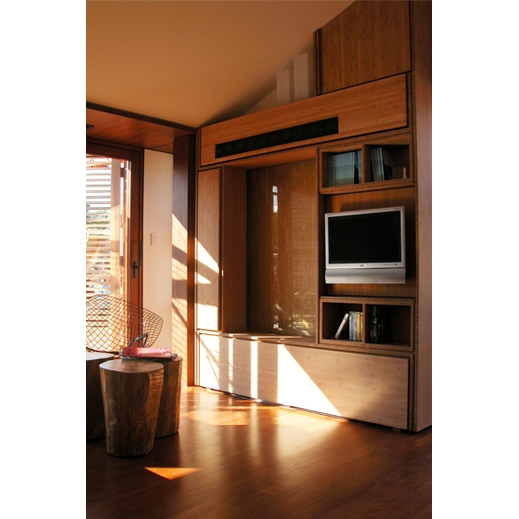 Among the well wishes of a job well done – the team placed second in the competition – were a multitude of e-mails from businesses, architects, hotels, and homeowners writing to find out how they could get their hands on the indoor liquid desiccant waterfall (LDW), a prominent eco-feature in LEAFHouse’s design.

“There was an explosion of interest in the LDW, from the most far-flung and varied of audiences imaginable,” says Gardner. “All were eager to buy, steal, borrow, or design and build their own, if they could just get their hands on more information.”

Now a group of engineering and architecture students and advisors from the UMD Solar Decathlon 2007 team are pursuing a patent for a prototype cooling system that cuts the humidity in the house by over half, saves energy, and in the right climate, can eliminate the need for an air conditioner all together.

The system is a desiccant dehumidifier; its function is to help cool the house by lowering humidity. Unlike traditional dehumidifiers that condense moisture in the air, a desiccant system actually absorbs the air’s moisture, pulling it into the liquid desiccant and then, by heating the liquid, diverts the moisture out of the system, re-concentrating the desiccant to cycle back again into the house.

This type of system isn’t new; it is used often in commercial installations in either a solid or liquid form to combat moisture and corrosion as well as regulate humidity. What makes Team Maryland’s system unique is its modified form and function; small enough to use residentially, and in its waterfall delivery, a stylish architectural element.

“Because the space in the house was so small, we were trying to find a way to highlight the system, not just make it useful,” explains Brittany Williams, who was the architecture project team leader on the project. “That’s where the waterfall design comes into play.”

THE IDEA BEHIND THE DESIGN

The idea to install the system came during a talk given by Dr. Reinhard Radermacher, Professor of Mechanical Engineering and one of the world’s leading authorities on the subject. His lecture, which focused on energy-efficient cooling and heating technology, including desiccant in both liquid and solid forms.

“He said, sort of nonchalantly, ‘you could probably implement this as a water feature in the house’,” explains Tyler Sines, a 2008 Engineering graduate and LEAFHouse engineering team leader. “This totally clicked with the team and we started brainstorming ideas.”

The team tossed around several possibilities, including an indoor fountain or pond. In the end, a waterfall was the easiest to do, from both an engineering and safety standpoint. Plus, it could be seamlessly integrated into the house’s architecture as a central focal element, akin to a fireplace. 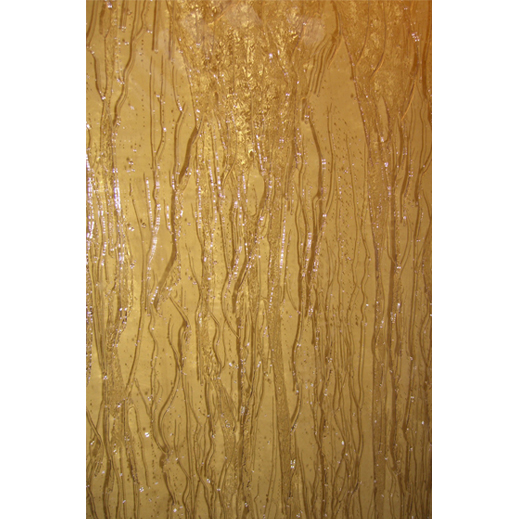 Once the method of delivery had been decided, the team started developing the system. The biggest challenge was that this had never been done, and the team wanted to build a system both aesthetically pleasing as well as efficient. There were “learn-as-you-go” moments throughout. For instance, they could not use any metal; the sodium chloride that made up the desiccant would quickly corrode it. High temperature plastic and titanium were used in its place.

When the construction and fine-tuning was complete, the system was installed and tested, just a month before the house moved to the National Mall.

“One of our challenges with the LDW was advancing the engineering design and the architectural design, so that both design efforts were strengthened by the other,” explained Gardner. “Succeeding in doing so was the basis for the success of the device. When it was tested – literally in the 11th hour – it was one of those moments when we realized this is what we are here for, this is why we embarked on another Solar Decathlon project.”

The public response was, indeed, overwhelming. Within a month of the competition, hundreds of e-mails were clogging the inboxes of Brubaker, Gardner, Sines, and other team members. A luxury hotel chain wanted to put one in each of their rooms. The competition judges made note of its innovation. Press took notice too; it was even featured in a decathlon piece on CBS’s “Sunday Morning”. That is when the team started discussing the patent.

“We were just inundated with e-mails,” said Tyler. “How do I get one? Can you send me drawings? How does it work? What’s the efficiency? That’s when we all thought: maybe we should patent this.”

A handful of team and faculty members – Tyler Sines, Tony Giampapa, John Kucia, Dr. Reinhard Radermacher, Dr. Kaye Brubaker, and Amy Gardner – formed an LLC and began the process. Initial business plans, which were spearheaded by Sines, took first place in the undergraduate division of the 2008 UMD Business Plan Competition and fetched a first runner-up in the MIT Mid-Atlantic Business Plan Competition. The patent, which was submitted in October 2009, will probably take another 18 months to go through, due to a backlog in the US Patent Department. Once the patent is approved, the team can fine-tune the design. And while it was only used to remove moisture from the air in LEAFHouse, it has the potential to also add moisture, to humidify a home in colder weather.

“I could see this system used in atriums, restaurants, high-end residences, wherever a waterfall is a welcome architectural feature, especially when it dries the air in summer and humidifies it in winter,” says Radermacher.  “There is unlimited potential.”

THE WATERFALL RETURNS WITH WATERSHED

While the ’07 decathlon veterans pursue a patent, the second generation of the desiccant waterfall is debuting with the 2011 team, and its project called WaterShed. Using the LEAFHouse model as a foundation, the most notable change is the use of lithium chloride in the liquid desiccant. While this makes for a more costly unit, it will increase the amount of time the desiccant can be used before being recycled. Because WaterShed’s layout is made up of two shed modules, providing a live/work environment, a system will be installed in each.

As the WaterShed team gets closer to competition, there has been a resurgence of interest in the technology. When the patent does goes through, the team has plenty of options: partner with one of the handful of companies that expressed interest, sell it off, or possibly create and sell it themselves.

During his free time, Tyler Sines keeps careful tabs on the patent, shepherding that process forward. “It’s amazing,” said Sines. “It’s always been a lifelong goal, to invent something useful – now I can cross that off my list.”